We study how tides, waves, and sea level shape coastal environments. We apply our research to investigate coastal change and coastal hazards such as flooding, subsidence, and erosion. We develop models to study how barrier islands respond to storms and sea level rise on decadal to centennial timescales. River delta shape varies tremendously depending on its environment. We develop models to predict delta shape and delta change. Coastal deltaic change is expected to be one of the major Earth-surface hazards of the 21st century as deltas around the world face large changes in sediment supply due to river damming, land-use changes and climate change. Why and how fast do coastal areas subside? We build models to understand and predict subsidence and its drivers. Tidal inlets are dynamic connections between lagoonal basins and the ocean along a barrier island coast. We study tidal inlets. Sand ripples formed by currents and waves greatly affect large-scale coastal change, and can give us interesting clues about Earth's past environment. We build models to study the hydrodynamics of flows across ripples. River floodplains are important archives of past river floods. We developed a morphologic model to study river floods, levee breaches, and their morphodynamic effect on floodplains.

Crevasse splays versus avulsions: A recipe for land building with levee breaches

What makes a delta wave-dominated? Jaap Nienhuis is originally from the Netherlands, where he obtained his BSc and MSc degree in Civil Engineering. After completing his engineering degrees Jaap moved to the US and obtained his PhD degree from MIT and WHOI working on coastal sediment transport. Following postdoctoral research on the Mississippi River Delta at Tulane University in New Orleans, Jaap Nienhuis started a faculty position at Utrecht University in 2019. Joey is an MS student and sand fanatic. Born and raised in Texas, I earned a Bachelor's degree in Environmental Science from the University of Texas at Austin where I conducted research in coastal and fluvial geomorphology. After completing my undergraduate degree I worked as an Environmental/GIS Specialist for a civil engineering firm. I currently study at UNC-Chapel Hill where I use Delft3D to evaluate the response of Arctic continental shelves to a rapidly growing wave climate, focusing on potential feedbacks between shelf morphology and wave propagation toward the coast. 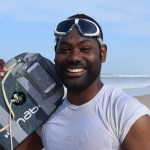 I did my undergrad in Civil Engineering in Trinidad and Tobago and practised as a Coastal Engineer in Jamaica before leaving for Europe to further my studies. There, I did my MSc in the Netherlands and my PhD in Germany, with stops along the way in Norway, Spain and New Zealand. After a few postdocs, I moved from last position in France to FSU in Florida. As a Coastal Geomorphologist, I use a combination of fieldwork and numerical modelling to understand hydrodynamic and sediment transport processes on beaches and coasts, mainly as a result of wave forcing. At the moment I am investigating changes in sediment transport patterns in reef-protected coastal environments caused by reef degradation and sea level rise. 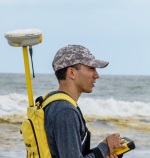 Juan F. Paniagua-Arroyave, "Pani", is originally from Colombia, where he obtained a B.Sc. in Civil Engineering and a M.Sc. degree in Earth sciences. After completing his degrees in Colombia, Pani moved to the U.S. as a Fulbright scholar and obtained his Ph.D. degree at the University of Florida in Gainesville working on inner-shelf hydrodynamics. Pani works on morphodynamic models of river delta evolution in Columbia and elsewhere. 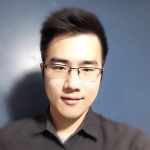 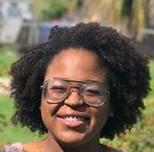